Bosco Ntaganda, whose armed groups terrorized the eastern Democratic Republic of Congo, was sentenced by the International Criminal Court (ICC) on November 7, 2019, to 30 years in prison for war crimes and crimes against humanity. Ntaganda’s name still send chills across Congo, as he is remembered by his victims for his ruthlessness. Deputy Africa Director Ida Sawyer documented his abuses – including massacres, sexual slavery, and using child soldiers – for many years as a Human Rights Watch researcher based in Goma. She speaks to Audrey Wabwire about Ntaganda, and what this conviction and sentencing mean.

How long had you been investigating Ntaganda’s abuses?

I started documenting his abuses when I first moved to Goma in eastern Democratic Republic of Congo in 2008. Bosco Ntaganda was a member of the Rwandan-backed CNDP (Congrès national pour la défense du peuple – National Congress for the Defense of the People) rebel group, which committed countless atrocities against civilians. In late 2008, in the town of Kiwanja, north of Goma, Ntaganda orchestrated an attack where 150 people were killed over two days. For the next five years, I spent a lot of time covering his abuses, speaking to survivors who told harrowing tales of attacks they had survived. As part of a deal that was negotiated with the Congolese and Rwandan governments, Ntaganda was integrated into the Congolese army and became a general, commanding military operations in eastern Congo.

Later, after he created the M23, another notorious rebel group backed by Rwanda, he led attacks on many villages, summarily executing hundreds of people, and was accused of rape, torture, and forced recruitment of children to serve as soldiers in the group. We found that the M23 received support from Rwanda and we presented these findings to Rwanda’s donors. Some donors then suspended their assistance to Rwanda. This pressure was instrumental in Ntaganda’s surrender to the United States embassy in Kigali, Rwanda’s capital, in 2013.

When Ntaganda rose in power, did you ever feel justice would never be served?

It was particularly tough when he became a general in the army. Many believed he was untouchable. It seemed he had no fear of being arrested – even with the International Criminal Court warrant out against him. When he lived in Goma, he lived quite close to me and I would see him drive by and around the town, going about his business and even playing tennis. At that time his troops still targeted rival groups, human rights defenders, and others who spoke out against him. They assassinated and abducted people with impunity.

Still, we and courageous Congolese human rights activists kept insisting that he be held to account. Diplomats and United Nations officials would wave us away, saying that he could not be arrested, or that he was too protected by his Rwandan backers and Congolese friends. But we did not stop.

When his own rebel group split, and his backers in Rwanda apparently decided to stop supporting him, Ntaganda knew his life was in danger – he had many enemies. He surrendered himself to the US embassy in Rwanda and asked to be transferred to the ICC.

Finally, he was brought to The Hague. It was inspiring for me to see Anneke van Woudenberg, former deputy Africa director at Human Rights Watch who had documented his earlier abuses in northeastern Congo’s Ituri province, testifying against him during the trial. She gave a detailed account based on the work we had done over many years, and all this documentation had finally led to something.

What does this conviction mean for the Democratic Republic of Congo?

It sends a powerful message that those who commit serious crimes against the people, no matter their positions, can be held to account. I hope it will play a role in deterring others who are still committing abuses against civilians in Congo and elsewhere. This might make security forces think twice before commanding forces to violate people’s rights, even during conflict.

Since his conviction, I’ve spoken to victims of Ntaganda’s crimes. Many of them have been forced into exile since they were threatened with more suffering if they dared to speak up. Although his conviction does not erase their pain, they are encouraged that he is being held to account.

The conviction comes as some 130 armed groups remain active in eastern Congo, and many continue to commit serious crimes. Abusive leaders can see what has come of Ntaganda and learn that they are not above the law.

His conviction however only covers his crimes in Ituri province in 2002 and 2003. Activists in Congo seek justice for all his crimes, including the numerous attacks he led in the provinces of North and South Kivu. 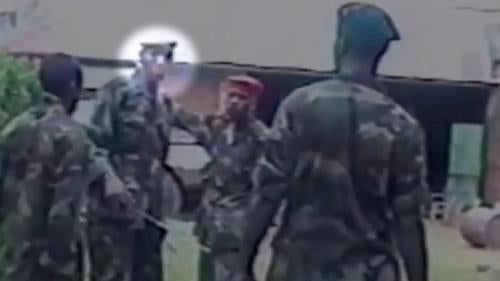 Now that Ntaganda has been convicted and sentenced, what happens next?

Both Ntaganda and the prosecutor have appealed the verdict. Now he can appeal the sentence if he believes it too harsh for the crimes for which he was found guilty. Appeals proceedings will likely last several months.

The court is also discussing reparations for Ntaganda’s victims. This could include restitution and compensation to victims and their families, and rehabilitation. At this stage, the court is taking steps to facilitate and expedite the reparations proceedings. However, a reparation order can only be carried out once a conviction has been confirmed on appeal.

We hope Ntaganda’s conviction will carry a message to other warlords and serious human rights abusers that they understand they are not above the law, and even years after their crimes, they can be held to account.